In January, I posted this blog about education spending and results in Georgia.

In May, the US Census office released updated per pupil spending numbers. I have updated my regional map with these numbers, along with Georgia’s tax climate ranking, poverty ranking and the percentage of students receiving free/reduced lunch. 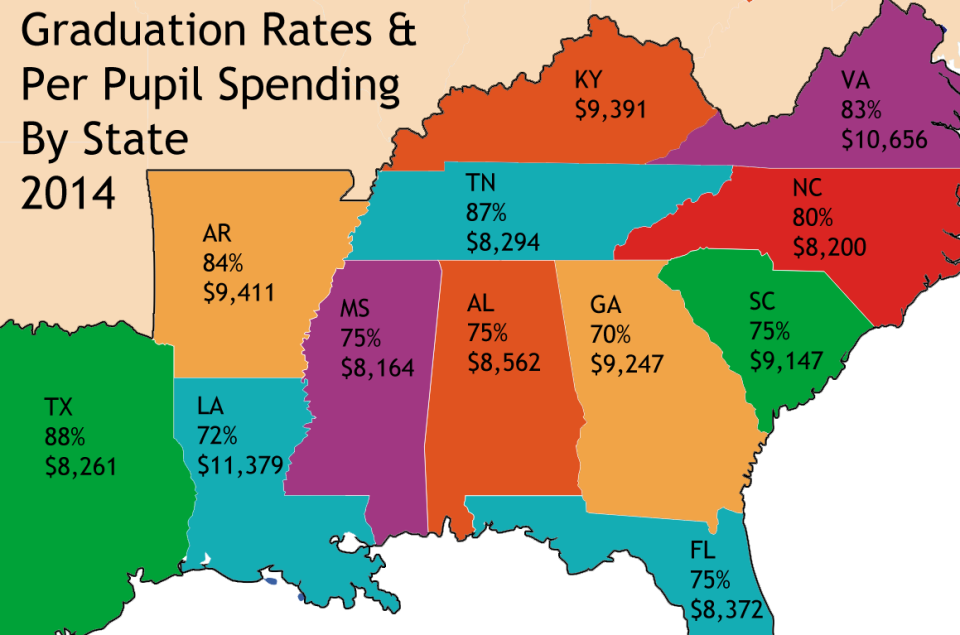 Per Pupil Spending and Graduation Rates